Fairy tales are magical, of course, and fairy tale retellings extend that magic. These stories are classic for a reason: Their themes resonate with us no matter our age or how long ago they've been written. So get ready to bundle up in your favorite cozy chair by the fireplace (or a video of one on YouTube to get the sound of wonderful crackles) and enjoy these fairy tale retellings, from "The Wild Swans" and The Wizard of Oz to "The Glass Mountain" and a collection of folklore retellings. 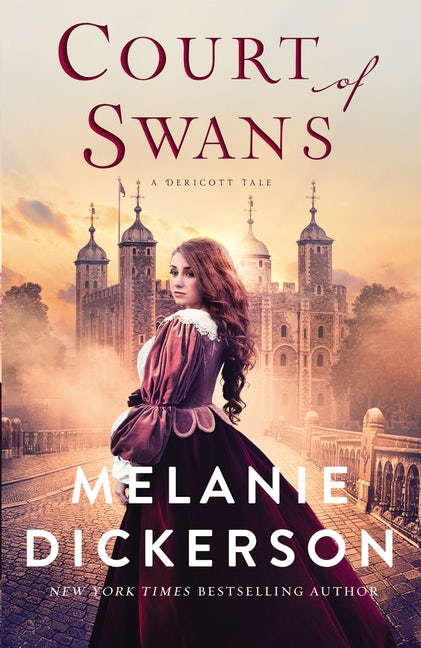 Court of Swans by Melanie Dickerson

In Court of Swans by Melanie Dickerson, we meet Delia in her idyllic life in 1381 England. But things come crashing to a halt in this retelling of Hans Christian Andersen's "The Wild Swans" when Delia's father, an earl, dies. His wife accuses Delia and her seven brothers of treason and murder, sending the teens to the Tower of London to be arrested and possibly executed by the inexperienced King Richard II. There's a chance for safety, though—Sir Geoffrey is new to his post as captain of the guard and has a gut feeling about this case. He sees the young boys and knows in his bones that they're innocent and being framed. He tries to gain the trust of Delia, who's working as a seamstress for the queen, to save her brothers. But who can you trust in a world controlled by power and wealth, rather than kindness and honor? Dorothy Must Die by Danielle Paige

Danielle Paige takes The Wizard of Oz to a new, dark level in Dorothy Must Die. Amy Gumm, the other girl from Kansas who has been trained to fight by the Revolutionary Order of the Wicked, is our heroine. Everything that Dorothy accomplished in Oz—the Tinman's heart, the Scarecrow's brain, the Lion's courage—Amy must undo. Oh, and Dorothy must die. This book takes everything we know about the magical, full-color, yellow-brick-road world of Oz and turns it on its head, questioning whether the Wicked Witches are the real good guys. Because after Dorothy went home, she found a way back to Oz and seized power, and, well. Now she must die. Feast your eyes on this stunning anthology of fairy tale, myth, and folklore retellings by 15 bestselling young-adult authors. Each story is based on an Eastern or South Asian tale, and they range in genre from science fiction and fantasy to contemporary. In one story, two sisters transform into birds to escape being held captive. In another, a young woman leads the dead to their final resting place. A Thousand Beginnings and Endings is an enchanting collection of retellings that's a must-read for all fairy tale lovers. Get ready for a gorgeous fantasy, y'all. Aleksandra Ross's Don't Call the Wolf is inspired by the Polish fairy tale "The Glass Mountain," wherein Ren, a fierce young queen and lynx shapeshifter, fights to protect a forest that humans abandoned years ago. Lukasz, an exhausted young soldier, is searching for his brother who disappeared in the forest. They're both haunted by the dragon who's killed too many to name. The two strike a deal amid the tensions of war between monsters and men—Ren will find his brother, if Lukasz slays the dragon and puts an end to the torment.